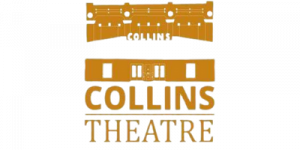 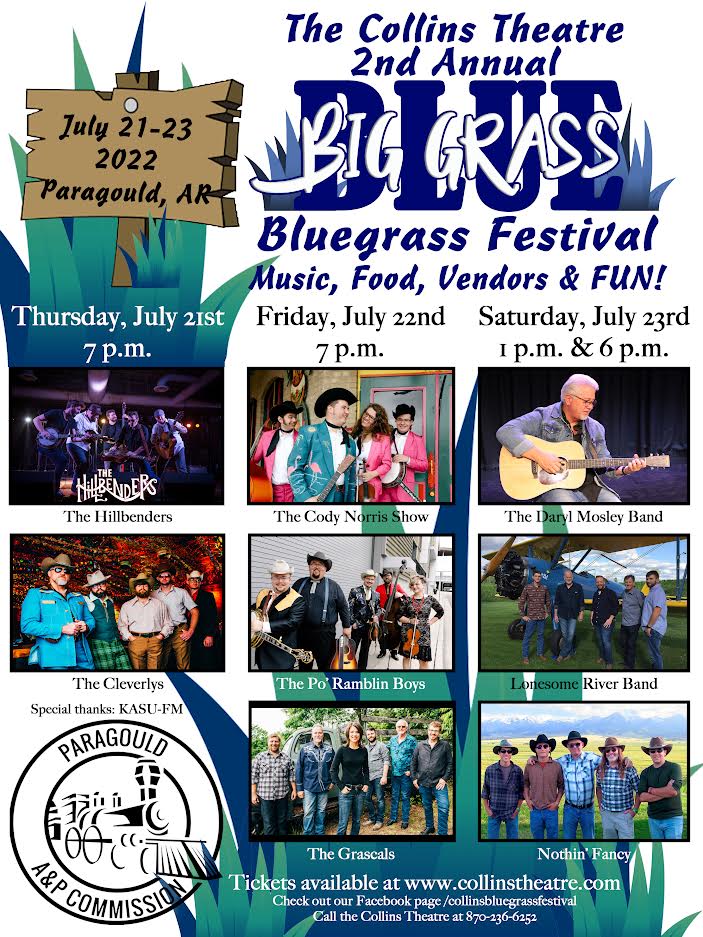 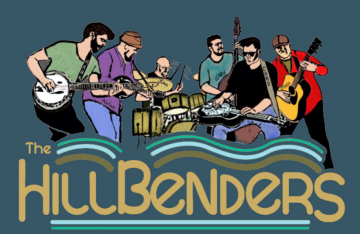 Big Grass Bluegrass Festival 2022 - Opening Thursday evening will be The HillBenders - those HillBenders, the ones you heard and cheered for on America’s Got Talent.

The HillBenders are a non-traditional bluegrass band that plays music that was originally performed by the rock and roll hall of fame band The Who (WhoGrass). This group has been winning over audiences from coast to coast with their unique style, originality, and relentless drive. They are gaining international recognition for their aggressive combination of contemporary influences with traditional inspiration and instrumentation, along with their infectiously energetic stage performances. If you haven’t heard them yet, you’re going to love them! Check out their sound at the link below.

Tickets for Thursday night are $30 for reserved seats on the floor and $25 general admission tickets in the balcony. The fun starts at 7:00 pm at the Collins Theatre in Downtown Paragould. 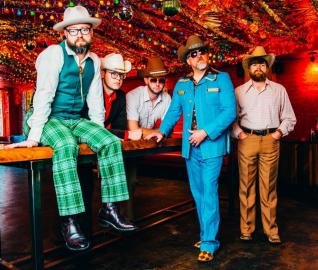 You loved them so much last year, we invited them back. They’re not your “traditional” bluegrass band, but they are pretty incredible. The Cleverlys will be the featured act on Thursday night. Tickets are $30 for reserved seats on the floor, $25 general admission tickets will be in the balcony. The fun starts at 7:00 pm at the Collins Theatre in Downtown Paragould. 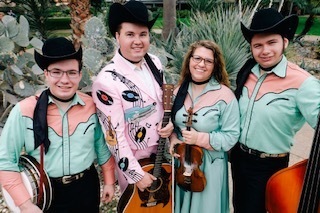 Opening Friday, July 22nd at the 2nd Annual Big Grass Bluegrass Festival---The Kody Norris Show. The foursome is fronted by Kody Norris on guitar and his fiddling “sweetie” - Mary Rachel Nalley, Josiah Tyree on banjo and cousin Charlie Lowman on bass. The band’s album, "When I Get the Money", was named 2017 Bluegrass Album of the Year by the National Traditional Country Music Association.

The Kody Norris Show was honored with 7 nominations in the 2018 SPBGMA Awards in Nashville, and we think you’ll agree after hearing them, they are one of the “...most entertaining and best dressed bands today!”

Tickets for Friday night are $30 for reserved seats on the floor and $25 general admission in the balcony. The music starts at 7:00 pm at the Collins Theatre in Downtown Paragould. 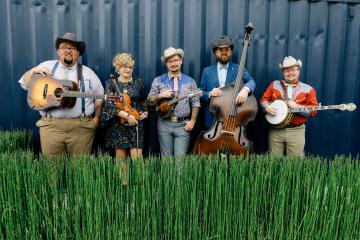 Our second act on Friday is The Po’ Ramblin’ Boys. There’s something about their music that cuts right through the noise of the world and speaks plainly to the soul. Formed in the Smokey Mountains, The Po’ Ramblin’ Boys are both exactly what you would expect and not at all what you would expect from a tattooed East Tennessee group. Two of their songs, “Next Train South” and “Hickory, Walnut, and Pine”, were nominated for IBMA Song of the Year. “Next Train South” won in the same category in 2020 for the SPBGMA award. The momentum of “Toil, Tears & Trouble” has continued to grow with the band’s first Grammy Nomination for Best Bluegrass Album.

Tickets for all three performances on Friday night are $30 for reserved seats on the floor, $25 general admission tickets will be in the balcony. The music starts at 7:00 pm at the Collins Theatre in Downtown Paragould. 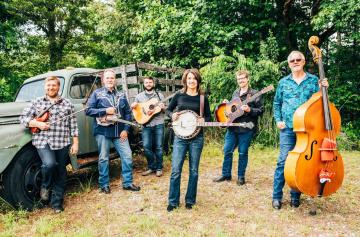 Closing out the show on Friday are The Grascals. Their cutting-edge modern bluegrass is delivered with a deep knowledge of, and admiration for, the work of the music’s founding fathers. Timely yet timeless, The Grascals make music that is entirely relevant to the here and now, yet immersed in traditional values of soul and musicianship. It’s a unique sound that has earned three Grammy nominations and two Entertainer of the Year awards from the International Bluegrass Music Association.

Tickets for all three performances on Friday night are $30 for reserved seats on the floor, $25 general admission tickets will be in the balcony. The music starts at 7:00 pm at the Collins Theatre in Downtown Paragould.

(The evening show will be a different set list for all three bands.) 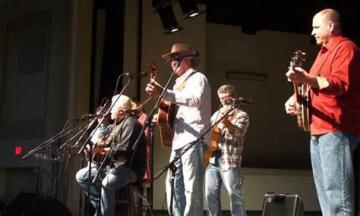 Opening both shows on Saturday is The Daryl Mosley Band. From Cherokee to Telluride to Bean Blossom and many more, Daryl has been a familiar face and voice at bluegrass festivals for over 30 years. The Daryl Mosley Band features several long-time veterans including guitarist Keith Tew, Don Hill on banjo, and Bennie Bowling on bass. In addition, special guests often join in.

In 2020, Mosley stepped more directly into the spotlight with the release of his first solo project for Pinecastle Records The Secret of Life. It was a collection of eleven songs written or co-written by Mosley that were both plain spoken and lyrically clever. The album traveled all the way to #1 on the Roots Music Report, as did the first single, “A Few Years Ago” and the spiritual “Do What The Good Book Says”. Critically acclaimed by both the media and industry peer, The Secret of Life was praised by American Songwriter, SiriusXM, Bluegrass Today, Country Music People, Bluegrass Unlimited, Music Row, Country Standard Time, No Depression, and more.

For each show, tickets are $40 for reserved seats on the floor, $35 general admission tickets will be in the balcony. 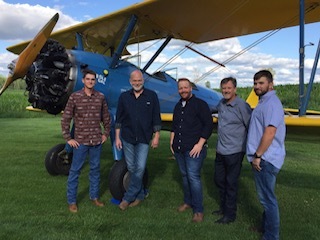 Since its formation decades ago, Lonesome River Band continues to be one of the most respected names in bluegrass music. Five-time International Bluegrass Music Association (IBMA) Banjo Player of the Year, and winner of the Steve Martin Prize for Excellence in Banjo and Bluegrass, Sammy Shelor leads the group that is constantly breaking new ground in acoustic music. With two stellar lead vocalists, Jesse Smathers (guitar) and Adam Miller (mandolin), combined with the impressive talents of Mike Hartgrove (fiddle) and Kameron Keller (bass), the band seamlessly comes together, performing the trademark sound that fans continue to embrace.

For each show, tickets are $40 for reserved seats on the floor, $35 general admission tickets will be in the balcony. 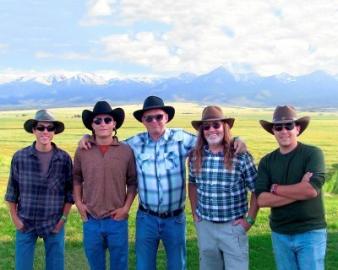 Nothin’ Fancy formed as a bluegrass band in 1994 to compete in a bluegrass competition. Since then, they have grown in popularity, released 11 full length albums, and continue to perform at festivals across the United States and in international engagements. Their audiences have gathered at notable venues such as the Ryman Auditorium in Nashville, Tennessee; the Lincoln Center in New York City; and the Birchmere in Alexandria, Virginia. They have been seen at Dollywood, and are a regularly featured at Silver Dollar City in Branson, Missouri, where promoter/coordinator D.A. Callaway described Nothin’ Fancy as “the act that America needs to see.” The band is known for their smooth vocal blends, stirring performances, irrepressible humor, and for traveling the highways in their beloved bright yellow tour bus.

Their two-decade career has earned them a dedicated fan base, six Society for the Preservation of Bluegrass Music in America (SPBGMA) Entertainers of the Year awards, honorary Mountaineer status by order of former West Virginia Governor Joe Manchin III, and certificates of appreciation from several Virginia towns. The Buena Vista mayor declared it as “Nothin’ Fancy Day” at one of their festivals. The band was also inducted as the 2015 members of the Virginia Country Music Hall of Fame, an honor given once a year to Virginia’s most notable country and bluegrass musicians.

For each show, tickets are $40 for reserved seats on the floor, $35 general admission tickets will be in the balcony. The fun starts at 7:00 pm at the Collins Theatre in Downtown Paragould.

Bluegrass fans that stay overnight at the Hampton Inn on Highway 49 S may receive a discount from the hotel by using the following booking link:


You must use the link to get the discount. It will not be honored through the Hampton Inn reservation number or through direct reservations at the local Hampton front desk.